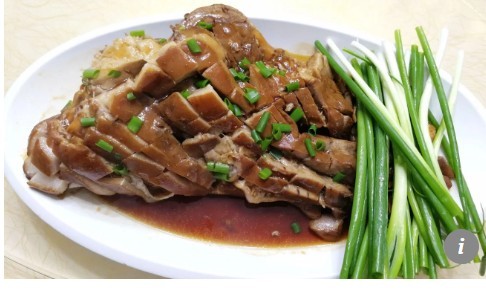 PERSONAL NOTE: SOMETHING LACKING IN THIS particular report of the dangers of eating or consuming too much salt especially for people living in Shandong province…what is lacking is: so what should people do? None of this in the report…I am not happy with this report…a death sentence but no cure, no real cure on what people should do to avoid too much salt in their diet! steve, usa, december 23, 2018 stephenehling@hotmail.com      https://getting2knowyou-china.com

https://www.scmp.com/news/china/society/article/2179229/how-good-your-health-cutting-salt-your-diet-chinese-
How good for your health is cutting salt from your diet? Chinese scientists try to find the answer
• Most people eat too much salt, but a study conducted in a part of China where the problem is especially serious suggests that reducing consumption by a quarter could halve death rates
• Study conducted in Shandong province finds a fifth of heart deaths there were linked to high-sodium diets
23 December, 2018 scmp Alice Shen

https://www.instagram.com/aliceinmacondo/
Scientists have calculated that cutting salt consumption by around a quarter could halve the number of deaths from sodium-induced heart disease, according to a study conducted in a part of China with a well-above-average number of deaths linked to high-salt diets.
The study, the first to try to quantify what the impact of reducing salt consumption by a defined amount would be, was conducted in the eastern province of Shandong.
It found that nearly a fifth of deaths from heart disease in the province, one of China’s most populous, could be attributed to a high-sodium diet compared with a global average of 9.5 per cent.
Shandong’s cuisine is characterised by high levels of sodium, which has long been linked to an increased risk ofhigh blood pressureand cardiovascular disease.
The researchers estimated that cutting salt consumption from 12.5 grams per day to nine grams, it could have almost halved the number of adult deaths from heart disease linked to high-sodium diets over the study period based on its effect on blood pressure.
The study, led by scientists at China’s Centre for Disease Control and Prevention, was published on Wednesday in the Journal of the American Heart Association.
Researchers analysed health data such as blood pressure values from about 13,000 adults aged 25 to 69 in Shandong in 2011.
They also measured sodium intake using 24-hour urine excretions from 1,769 adults in the province. After comparing such data with the death rates for the province, they found that nearly 20 per cent of cardiovascular disease deaths, or 16,100, could be attributed to salty diets for the year of 2011.
Of the 16,100 deaths, about 5,600 were caused by ischemic heart disease – which causes oxygen shortages in cells – and 9,000 were strokes, two of the most common illnesses caused by elevated blood pressures.
What bacteria in your baby’s intestine can tell you about her future
“The burden of cardiovascular disease attributable to a high sodium diet is extreme but preventable,” said Shiwei Liu, co-author of the study and epidemiology professor at the Centre for Disease Control and Prevention in Beijing. “Reducing salt intake is urgently recommended.”
“Sodium intake is high in China, mainly fromhome cooking, eating out and pickled foods, especially in parts of northern China such as Shandong province,” Liu said.
According to official statistics, the coastal province had a population of 96 million in 2011, almost 45 per cent more than that of the Britain in the same year.
Health authorities in the province and central government are working to tackle the problem and since 2011 have been campaigning to lower salt intakes among Shandong residents.
Under the programme, called Shandong Ministry of Health Action on Sodium and Hypertension (Smash), the food industry has been urged to lower the amount of salt in its products and a public education campaign has tried to alert the public to the risks from a high-sodiumdiet.
The average salt consumption is about six per cent more than the Chinese national average of 11.9 grams, according to officials.
The World Health Organisation recommends adults to limit salt intake to under five grams per day, while the US Department of Health and Human Services says the daily salt intake should be no greater than 5.8 grams.
“Most people consume too much salt – on average nine to 12 grams per day, or about twice the recommended maximum level of intake,” the WHO said.
Drive to curb salt intake should focus on China, researchers say
Shandong aims to reduce the average daily salt intake in the province to 10 grams.
The provincial health authorities believe the main focus of the campaign should be public education rather than regulating the food industry.
Unlike in Western countries such as the US where more than 70 per cent of sodium comes from processed, pre-packaged and restaurant foods, about three quarters of the dietary source of sodium in China comes from home cooking, the study said.
Researchers tried to calculate how reduced sodium intake would affect systolic blood pressure, a frequent cardiovascular risk factor.
Based on this, they estimated that if sodium intake was reduced from the 2011 Shandong baseline of 12.5 grams per day to nine grams, as many as 8,800 deaths – out of the 16,100 cases they studied – from cardiovascular disease could be averted.
“High intake of sodium is harmful, and the potential benefits of reducing sodium intake are considerable,” Liu said. “People should control the consumption of salt in their life, including cooking at home and eating out.”
“Medical professionals should help their patients understand that high sodium consumption is one of the most important risks in causing cardiovascular disease,” she said.
Chinese smokers twice as likely to have abnormal sperm, study says
However, given the higher than average levels of both salt consumption and death rates in Shandong, a one third reduction may not have the same impact on death rates for those who already eat lower-sodium diets.
However, high sodium intake remains a global public health problem and most people, regardless of their nationality, can benefit from eating less sodium, the American Heart Association said.
“While strategies to lower sodium differ by country based on dietary sources of sodium and other factors, the benefits of reduced sodium intake are substantial and should be broadly implemented,” said Lawrence Appel, chair of the American Heart Association’s Sodium Reduction Taskforce.