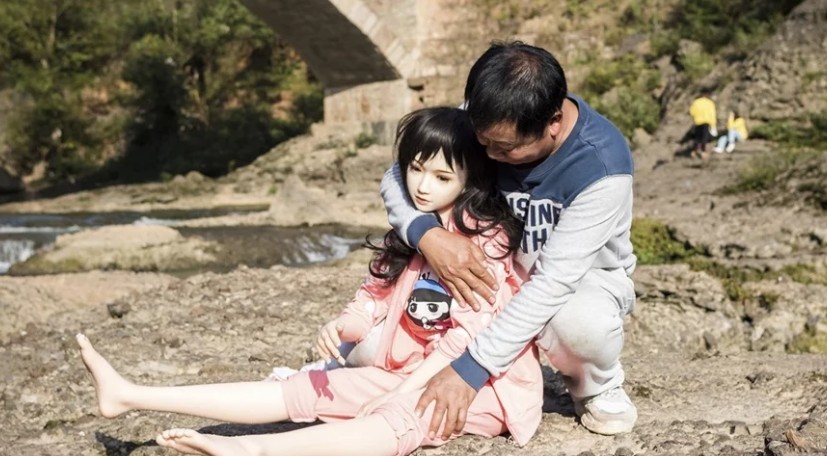 PERSONAL NOTE: During my 7 years as a visiting professor in China, I had heard, seen and read many companies were very generous during the Chinese new year or Chunjie (Spring Festival). Some gave up expensive cars! And in this particular company, they decided to give young men inflatable sex dolls! Because there are many lonely men in China, and they could find women to marry. There is a trend now to marry women from Laos, Vietnam, Philippines, Cambodia, etc, because the few women, especially those from rural areas, have chosen to move to cities and many rural men could not find women to marry them! So we have now in China Bare Branches (lonely bachelors) living in villages without women to marry! This is one of the saddest consequences of the One Child Policy when many females were not allowed to be born in China especially in the early years of the implementation of the one child one family policy! When you were allowed only one child, many rural women preferred to have a boy, so they had no choice but to kill the baby girls before they were born, always hoping for a male heir to continue the family line and name! steve, usa, december 21, 2018   stephenehling@hotmail.com   blog – https://getting2knowyou-china.com

Inflatable sex dolls were offered to young men working at a Chinese company as an alternative to the traditional annual cash bonuses that businesses give staff at this time of year, mainland media reports.
Some bosses have also given out train tickets, 2.5 kg of pork, flip-flops and karaoke couponsas an alternative to money, the state-run newspaper Guangming Daily reported.
Younger staff in their 20s at Lianlian, a Guangzhou-based internet company that develops a mobile app offering virtual romance to users, had received the blow-up sex dolls, with flip-flops, popular Chinese spicy sauces and dehumidifiers were given out as bonuses.
Wang Yuzhu, Lianlian’s chief executive, said the blow-up dolls had been prepared especially for single men working at the company, who had been shown how to use them at the company’s annual conference on Sunday.
Gifts such as flip-flops had been presented because they were convenient when working in Guangzhou, where the weather was often hot and humid.
An annual bonus survey of white-collar workers in Guangzhou showed that 11 per cent of the respondents received real items instead of cash bonuses in 2015, and overall were less satisfied with these bonuses than the bonuses they had received in 2014, the Guangzhou Daily reported.

Among those surveyed that received cash bonuses, nearly half of respondents said their bonus had been less than 5,000 yuan (HK$6,000), the report said.
The survey also found that the longer people were working, the less satisfied they felt about their bonuses.