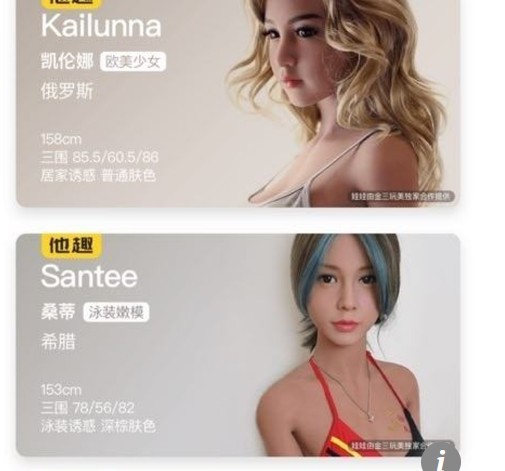 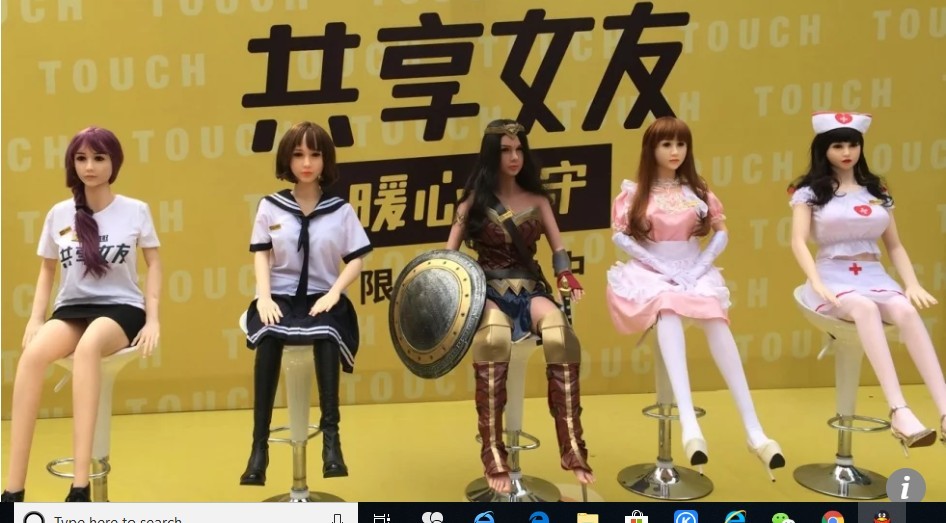 PERSONAL NOTE: How come I did not and do not see any protests in China about all the free downloads of Japanese adult porn movies? My students shared with me many many movies, free downloads? How come I do not see any protests from the Chinese people in China? I do not see any protests against companies making life-size sex dolls for purchase? They said they are doing it because many lonely men cannot find wives in China before of the 40 years of Old Child One Family Policy which encouraged many females to be killed, many before they were born? How come I do not see the protests against the manufacturers making tons of money selling expensive dolls for sex for lonely men…and there are bachelor villages in China…what a hypocritical society, to me…look at many college boys and girls selling their bodies to the highest bidders…openly in the markets in China? What about many rooms for rent to fuck your boyfriends or girlfriends near and around many many campuses in China, I do not see any protests against that? Yes, a very hypocritical society in China…Yes, many hotels have one hour or two hour services across China, how come, I do not see any protests against that? THIS IS CHINA…THE CHINA THE WEST WILL NEVER UNDERSTAND…and they are up in arms because someone wants to open a business for you to rent a sex doll? Because it is very expensive to own one yourself? And the Chinese are up against it? Stupid and selfish and hypocritical soceity!!!!!!! I spent 7 years in China and the sharing economy is an important key to China’s booming economy…we all know that? Rent a cat if you like the purr and the meow sleeping with you! No body protests against it? Hm! Try to understand the mysterious inscrutable Chinese…for decades they said the Chinese were a mysterious species of human beings! They are still a mysterious breed of human beings, despite my 7 years as a visiting professor living and working in China. I am Chinese, and I do not claim to understand their behavior! steve, usa, december 21, 2018  stephenehloing@hotmail.com   blog – https://getting2knowyou-china.com

Sex dolls the latest in China’s sharing economy – choose from Hong Kong, Korean, Chinese, Russian or Wonder Woman
Dolls are reserved via an app that allows hirers to select clothing and hair styles, add-ons such as whips and handcuffs, and to request they come ‘warmed up’; for an extra charge they will make sounds when touched
15 September, 2017 Agence France-Presse (1share)

China has shared bikes, umbrellas, and basketballs, but one company is taking the country’s love affair with the “sharing economy” to an erotic extreme with a line of rentable sex dolls.
“Shared Girlfriend” service in Beijing, featuring Chinese, Russian, Korean, and Hong Kong versions, as well as an Amazon-like “Wonder Woman” who comes armed with sword and shield.
Asia Adult Expo 2017: how Hong Kong is hub for China’s sex toy industry
Like many of China’s pioneering shared-economy products, the life-size silicon seductresses are reserved via a phone app for up to a week a time.
Touch, which is based in the southeastern city of Xiamen, then delivers them to customers who can also preselect different clothing outfits and hair styles, plus accoutrements like handcuffs and whips.

They are available for short-term companionship starting at 298 yuan (US$45) per night, but users must first transfer an 8,000 yuan deposit that is refunded afterwards. Touch touts the dolls as feeling like “real humans”.
“They have perfect bodies, are totally submissive and can meet the needs of the single home boy,” a company statement says. “With one touch of a key, you are no longer single!”
The company said “Shared Girlfriends” would help address the needs of the country’s millions of men who are unable to find spouses due to a nationwide gender imbalance. The dolls also can serve as companions for men separated from their spouses due to work or other reasons, it said.
The future of sex? VR porn all the talk at Hong Kong’s Asia Adult Expo as filmmakers get excited over the immersive possibilities
To address the obvious concerns about hygiene, the company allows users to detach the doll’s lower half, to be kept for the next use, when a new top half will be delivered.
Touch said after a trial in Beijing it plans to launch the service nationwide.
Led by millions of shareable bikes on Chinese city streets, and backed by a torrent of speculative venture capital, China has gone sharing mad with everything from treadmills to karaoke booths available for short-term rent at the tap of a smartphone.