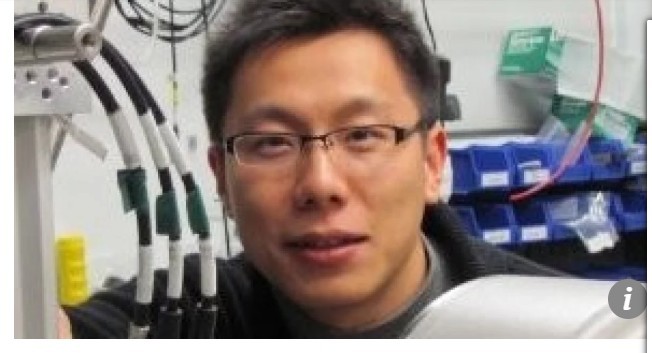 PERSONAL NOTE: Yes this case is beginning to make distrust some of these very educated Chinese, who once came to study in USA, stayed on and worked, and now are tempted to make lots of money if they would return to China with the secrets! This would make many companies in USA now nervous about their Chinese workers or researchers or employees, because it seems more and more are lured to go home with the secrets to open their own companies or working with others to make tons of money. So, what can Americans do in this situation? With Chinese employees, long time faithful employees now deciding to uproot and return home to China to make millions! If I own a company, I would be worried too! Let us see what the USA government is going to do with this case…among many cases now going on in USA today! steve, usa, december 21, 2018 stephenehling@hotmail.com   https://getting2knowyou-china.com

Chinese battery expert Hongjin Tan is charged with stealing trade secrets from US employer, as he prepared to join mainland firm
• Hongjin Tan allegedly downloaded confidential files to a flash drive, relating to a proprietary product worth US$1 billion
• But an FBI agent said that when Tan’s suspicious US employer inspected the drive, it found the confidential files had been deleted the day before Tan resigned
, 22 December, 2018 SCMP REUTERS (1324SHARE)

The US Justice Department said on Friday a Chinese national had been arrested and charged with stealing trade secrets from the American petroleum company that employed him, in a theft relating to a product worth more than US$1 billion.
The Chinese national, Hongjin Tan, allegedly downloaded hundreds of files related to the manufacture of a “research and development downstream energy market product,” which he planned to use to benefit a company in China that had offered him a job, the Justice Department said. Tan is an expert in battery systems and energy storage.
China accused by US and allies of ‘massive hacking campaign to steal trade secrets and technologies’
He was arrested on Thursday and will next appear in court on Wednesday, the department said.
Assistant US Attorney General for National Security John Demers said: “The theft of intellectual property harms American companies and American workers. As our recent cases show, all too often these thefts involve the Chinese government or Chinese companies.
“The Department recently launched an initiative to protect our economy from such illegal practices emanating from China, and wecontinueto make this a top priority.”
Tan, an engineer with a physics degree from Nanjing University and a doctorate from the California Institute of Technology, has lived in the United States as a legal resident for the past 12 years, according to the Department of Justice.
A LinkedIn profile says that Tan has worked for the Texas-based energy multinational Phillips 66 since May 2017. He previously spent more than 11 years at the California Institute of Technology as a visiting scientist and research assistant.
His expertise is described in the profile as “materials and systems development for renewable energy storage”.
Will allegations of Chinese hacking derail efforts to end trade war?
According to an FBI agent’s affidavit, which has not been tested in court, Tan had in his possession a flash drive that contained deleted and undeleted confidential files relating to the US company’s intellectual property. He had no reason toaccessthe files, according to the company.
The agent said Tan handed the flash drive over to the US company, and the firm found that the deleted files would have allowed his new employers to recreate the product in question. The files had been deleted from the flash drive the day before Tan resigned, the affidavit said.

One thought on “(America-119) December 21, 2018 – This Chinese man is trying to steal company secrets to make money in China”