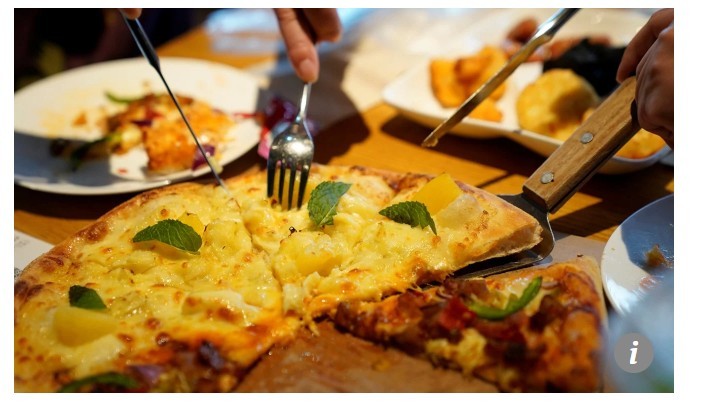 PERSONAL NOTE: I GREW UP IN MALAYSIA…then, the Chinese did not grow durians. Most of the durians during my childhood were grown by the Malays, the indigenous people in Malaysia. The durian, or the King of Fruits, did not seem a good investment by many Chinese at the time. It was something we might eat once or twice a year…I do remember how much I enjoyed its wonderful smell and taste. The Chinese in our village did not grow fruits for sale. Even the bananas that our family grew, they were for the pigs, I mean, the banana trees were used to feed our pigs. And that was something very strange when I was teaching in China. The Chinese in China raise pigs, but they do not use the banana trees to feed the pigs…so they allow the trees to rot away after having the fruit! I thought the Chinese in Malaysia had learned to use the banana trees because they immigrated from China to Malaysia, etc. Obviously that did not happen in mainland China. So in mainland they grow bananas for the fruit, and allow the trees to die and rot away…what a waste, I thought during my 7 years as a visiting professor in China. When I was growing up, Rubber Trees were the most treasured and valued crops for most of us. I grew up tapping rubber trees before my sister and I went to school every money. Then I saw many Chinese left rubber trees for oil palms…in fact when I visited Malaysia, the village where I grew up, there were few rubber trees left. Most plantations were now growing oil palms…a very valuable crop for the world. It seems that is also changing now…the Malaysian government is encouraging the country to switch to growing durians…simply because China wants more durians from Malaysia. I was in China for 7 years 2008 to 2014. Not all my students had any passion or taste for durians. Durians might be popular in more urban cosmopolitan cities in China, not in small cities where I spent my 7 years. But I did see durians everywhere because as more Chinese have money to spend, there are more fruit stores everywhere in China…they say the new rich know how to eat fruits for better health…suddenly we see everyone going into selling fruits in every street in China! And every store would carry a few durians! Here in USA, most of our durians are from Vietnam…Durians are grown in tropical countries. Enjoy the smelly fruits! Steve, usa, november 27, 2018   stephenehling@hotmail.com

Malaysia bets big on durian as China goes bananas for world’s smelliest fruit
• The Malaysian government is encouraging large-scale farming of durian, counting on a 50 per cent jump in exports by 2030
• Even property tycoons and companies in palm oil, Malaysia’s biggest agricultural export, are making forays into the business
, 26 November, 2018 Reuters (1794share)

The stinky, spiky durian is set to become Malaysia’s next major export as the Southeast Asian nation rushes to develop thousands of acres to cash in on unprecedented demand for the fruit from China.
Once planted in family orchards and small-scale farms, the durian, described by some as smelling like an open sewer or turpentine when ripe, is attracting investments like never before. Even property tycoons and companies in palm oil, Malaysia’s biggest agricultural export, are making forays into the durian business.
The Malaysian government is encouraging large-scale farming of durian, counting on a 50 per cent jump in exports by 2030.
“The durian industry is transforming from local to global, large-scale farming due to the great demand from China,” said Lim Chin Khee, a durian industry consultant. “Before the boom, a durian farm in Malaysia would be a leisure farm … Now they are hundreds of acres and bigger, and many more will come.”
Durian may be banned in some airports, public transport andhotels inSoutheast Asia for its pungent smell, but the Chinese are huge fans. Durian-flavoured foods sold in China include pizza, butter, salad dressing and milk.

“At first, I also hated durians because I thought they have a weird smell,” said Helen Li, 26, eating at a shop specialising in durian pizza in Shanghai, where nearly every customer ordered the 60 yuan (US$8.65) dish during a recent lunch hour rush. “But when you taste it, it’s really quite delicious. I think those who hate durian are scared by its smell. But once you try it, I think their opinion will change.”
At another Shanghai restaurant selling durian chicken hotpot – a type of sizzling broth – for about 148 yuan (US$21), owner Chen Weihao said the store could sell around 20 to 25 kilograms of imported Thai durian every month.
“When you taste it, it has a kind of fresh and sweet flavour, as if you have arrived in the tropics,” said 27-year-old customer Yang Yang.
Chinese pay top dollar for Malaysia’s ‘Musang King’ variety of durian because of its creamy texture and bittersweet taste. Prices of the variety, now planted all over the country, have nearly quadrupled in the last five years.
China’s durian imports rose 15 per cent last year to nearly 350,000 tonnes worth US$510 million, according to the United Nations’ trade database. Nearly 40 per cent was from Thailand, the world’s top producer and exporter.
Malaysiaaccountedfor less than 1 per cent, but expects sales to China to jump to 22,061 tonnes by 2030 from this year’s likely 14,600 tonnes, as trade is widened to include whole fruit from the current restriction to durian pulp and paste.
Indonesian flight grounded after passengers revolt over sacks of stinky durian in cargo hold
Lim, the consultant, said palm oil giant IOI Corp and property-to-resorts conglomerate Berjaya Corp have approached him about making ventures into durian farming.
IOI did not respond to queries, but a source with direct knowledge of the matter said the company was looking to plant durian on a small scale.
Berjaya, headed by one of Malaysia’s richest businessmen, Vincent Tan, did not respond to a request for comment.
State-owned palm oil company Felda said the agricultural ministry began planting durian on its land this year. PLS Plantations, a construction and palm plantation firm which counts property tycoon Lim Kang Hoo as a director, last month said it will buy a US$5 million stake in a durian exporter.

M7 Plantation Bhd, a private company established last year, is developing a 10,000-acre durian estate in Gua Musang, home to the Musang King in the eastern state of Kelantan, and is selling durian trees for 5,000 ringgit (US$1,200) each.
“We founded the company because we see potential in the industry, the primary target being China,” CEO Ng Lee Chin said, adding that most of her buyers were from China.
Panic as pungent durian smell is mistaken for gas leak in Australian library
“Planting durians is not just a hobby today as durians are considered as ‘gold’ in the agriculture industry,” the agriculture department said in anemail.
Malaysia’s durian plantations covered 72,000 hectares last year but the area under cultivation is growing, the department said, and in some areas plantations growing palm oil are switching to durian because it is seen as more lucrative.
In March, Malaysia’s then-agriculture minister was quoted as saying one hectare of Musang King could yield nearly nine times more revenue than a hectare of palm plantation.
In Sabah state, some of the land for durian farming will come from converting palm estates, its agriculture ministry said, adding it was planning expansion over 5,000 hectares.
The increase in durian farming, however, has raised concerns it could take an environmentally destructive path similar to palm oil.
The palm oil industry has been held responsible for large-scale deforestation and destruction of species-rich rainforests in Malaysia.
The Star, a local newspaper, reported last month that around 1,200 hectares of land near a forest reserve in the state of Pahang that is home to the critically endangered Malayan tiger would be razed for Musang King plantations. Pahang officials did not respond to request for comments.
“In a matter of time, the durian boom will run the way of palm oil,” said Shariffa Sabrina Syed Akil, president of the environmental non-government organisation Peka Malaysia.