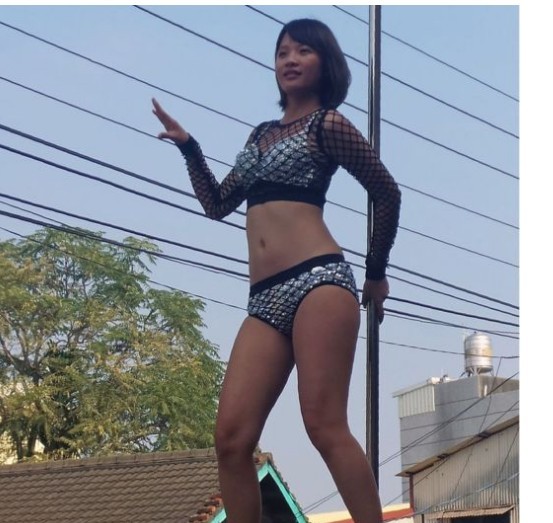 SPECIAL NOTE: One day, I heard this very loud, crude, attractive dancing music–like something from the Middle East belly dancing music–It was right outside my campus…around noon time…and I was shocked to discover there was belly dancing with half-naked women in a Chinese funeral…they had gathered at a spot near a shopping mall…a funeral. I could not believe my eyes…belly dancing with Middle-eastern music blaring from the loud speakers with belly dancers doing their thing???? The campus is located in a small town, yes, not in a jungle or rural area. As an American, I thought it was something out of the ordinary…in a funeral? You must crazy or from another planet? The story is that this originated in Taiwan…I started thinking…Taiwan was a much civilized place than mainland China…and it did not surprise me that belly dancing from dancing…because Taiwan also many “professional” mourners for your funeral. That is what mainland China is now doing…they are trying all new things…called innovative thinking today, especially in main China…for example recently someone started RENT A CAT service in mainland China. So it did not shock anyone to see this ridiculous but lucrative bellydancing at your funeral in Mainland China. Having spent 7 years as a visiting professor in China…people continue to push the envelope…and they do anything and everything for you to spend your money for something good for the people…something to make you feel good…and with money, many Chinese are willing to pay the money for anything that would contribute to their sanity, happiness and benefits!~ Again you have to live in China to understand this…money can talk very loudly in China and spending money for many of the rich means nothing! Peace passion power, Steve, China March 5

Why do some Chinese funerals involve strippers?
By Yvette Tan BBC News
• 24 February 2018

Music blaring through loudspeakers, strippers dancing to the beat and audiences whistling along. In some parts of China, this is what you would see during a funeral procession.

Earlier this year, China renewed a clampdown on strippers performing at funerals, wedding and temples, calling it “obscene and vulgar”.

This isn’t the first time authorities have tried to get rid of the practice but it has proven resilient.

Why do people hire strippers at funerals?
According to one theory, strippers are used to boost funeral attendances because large crowds are seen as a mark of honour for the deceased.

One practical theory is that the hiring of strippers could be seen as a sign of wealth.
“Chinese rural households are more inclined to show off their disposable incomes by paying out several times their annual income for actors, singers, comedians and strippers to comfort the bereaved and entertain the mourners,” said the Global Times.

Is the practice common?

It is mainly seen in rural parts of China, but it’s actually more common in Taiwan – where it first originated from.

“It has become fairly common in Taiwan but in China the government has been more restrictive so many people have never even heard of this.”
But even in Taiwan, the practice isn’t usually seen in major cities.