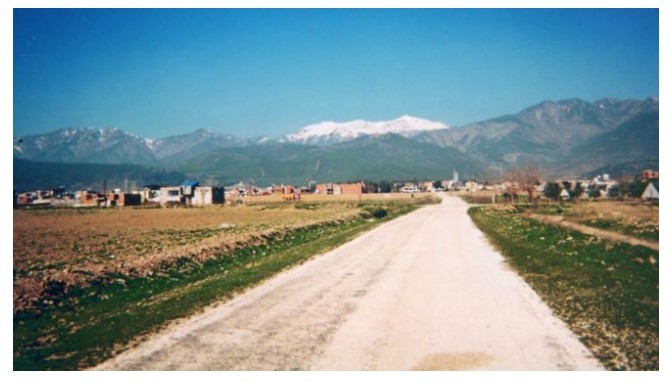 SPECIAL NOTE: Guess what…everyone has a story to tell! Believe me! But do you have the time, more the courage and conviction and patience, to share that story with the rest of the world! Would you? Will you? Should you? Ben decided to share his story…I am truly impressed and I could not stop after the first paragraph…something about the way he wrote his story of many ups and downs, to me, more downs than ups…that intrigued me personally. Because I too, like Ben, have a story to tell…I wrote GROWING UP CHINESE (to be soon available at Amazon.com) and CRAZY AMERICANS (published by CreateSpace, an Amazon company) to tell my stories…from Malaya to Singapore to the United States of America…and I am now negotiating to publish my most ambitious book: THIS IS CHINA…yes yes yes…I have stories to tell…why would I want to write these books? Not for money, fame or fortune but motivated to share because I have learned much in my life listening to stories about life…and that is why I am sharing Ben’s story (from BBC NEWS) with you…as I was reading Ben’s story, I tried hard to avoid making any judgement about his various decisions along the journey…at times I felt I would have done it differently from Ben…but then I cooled down to allow Ben to share his story…In my own philosophical mind, we are the captains of our lives…not FATE or DESTINY but our conscious decisions to go with the flow of life…yes, the world is a stage, and each of us constantly and continuously trying to make the best decisions (influenced by many factors in our own life, factors that are also in the process of change, etc)…anyway, enough of my personal reflection on why you should read and make sense of Ben’s life. Happy New Year, Steve January 4, 2018

I had always felt under pressure to go to university. I was quite fixed on the idea that I was going to become a lawyer, but when I started doing the course I quickly realised it was really difficult and not something that I wanted to do.

I was a bit of a solitary child anyway – rather quiet and moody – but going to university made things many times worse.

I remember arriving at university by bus, while other people were being dropped off by their parents in cars full of luggage
I struggled to fit in because I came from a working-class background and I didn’t have any support from my parents.

I remember arriving at university for the first day by bus, while other people were being dropped off by their parents in cars full of luggage. I didn’t understand how to choose modules and organise your own timetable – it was a big shift from college, and I struggled to adapt. There wasn’t enough structure or support, and I felt that other students had bigger networks of friends and family to ask for help.

My dad had joined the army when after he left school, so he didn’t know how things worked. My parents had split up when I was 16 and I was living with him. We didn’t get along at all. He was having problems with alcohol, so he was quite aggressive at home.

I had fled to university to get away, but I didn’t feel welcome there either. I was really isolated. Living away from home for the first time you eat really badly and your sleeping pattern is wrong, and you’re surrounded by alcohol and drugs all the time.

Everything started going wrong about six months in. I had my first relationship at university and I wasn’t ready for it. We had lots of arguments and when we broke up, I got into a fight with her new boyfriend. After that, I started drinking alcohol quite a lot and missing some lectures and seminars.

My drinking was picked up by the university, so they assigned me a counsellor but every time they asked me, “How is everything?” I would just say, “I’m fine.” I was quite defensive. So I actually rejected the bit of help that was offered.

When Zoe’s son left home and went to university his behaviour changed – he became uncommunicative and dropped out after his first year. Here Zoe talks about what happened and the conversation she wishes she’d had with him.
I wish I’d told my son he could start again after dropping out

Around eight months in, I felt completely hopeless. I felt I couldn’t do what I was there to do, and I didn’t want to. But I didn’t want to go back home either, because that was a very bad environment. I was stuck.

I didn’t pass any of my exams that summer, but when I went home I was too scared to tell my dad. For the next two months I just avoided telling him that I wasn’t going back.

It was a depressing time. He was drinking and I hid away inside my room. It was at the end of that summer when I made a suicide attempt.

I took what I thought was a lethal dose of medicine that was in the house.
Half an hour later I thought: “What am I doing?” So I got on the bus to the accident and emergency department.

I lingered around outside the hospital for a while, too afraid to go in and tell them what I had done. My main fear was about being sectioned, I felt that I was too sick for any lesser intervention and that there was going to be a very heavy-handed response.

My head was a mess and I didn’t really know what to do. My dad was out at work so I just got on the bus back home and went to sleep. Thankfully I woke up. I was unwell for 24 hours, but I didn’t tell anyone about it – I was very secretive about what I was feeling.

It’s something that is quite private and I’ve not shared it before.
When you’re feeling suicidal you don’t think rationally – it is just a hugely powerful feeling which swallows you up. I was searching for any way out really – I had thoughts of joining the army or even committing a crime in order to go to prison.

At the end of the summer I got a letter from the university saying that because I had failed my exams I wouldn’t be invited back, so I had to tell my dad. He was a very difficult man to have these kinds of conversations with. He didn’t say much, he just told me I had to get a job.

For the first five months I didn’t find work, I was really in an absolute depression. I would buy junk food from the shop with what little money I had, and stay up late playing games on the computer in my bedroom.

I had become quite anti-social. I was very angry about everything. I thought that working was for suckers, a waste of time, I thought people who wanted to earn a lot of money were stupid. My depression manifested itself as a sort of hatred for everybody around me. I had no empathy.

Eventually I found a place on an apprenticeship. I worked for a year, and what little money I had, I put aside to get away from home.

I had another friend who was jobless and in quiet despair. We were both fed up with the UK and decided to go travelling. We put our money together and bought two flights to Budapest. We took some clothes and a sleeping bag and I told my dad I was going on a two-week holiday.

We didn’t come back for a year.

After the two weeks came and went my dad obviously became concerned, so I got a phone call from the police. They wanted to know that I hadn’t been kidnapped or anything like that. I assured them that I was fine and I didn’t want to speak to my dad. They said that was OK.

I had chosen Budapest randomly – I just wanted to get as far away as possible – but it was January and it was very cold, so we got a train ticket to Greece. From there we travelled to Turkey and all around the Balkans, and then over to Spain and Morocco, sleeping rough.

We were getting into cars with strangers without being afraid. We had thrown caution to the wind. We had very little money so we were always working odd jobs or asking for food.

For the first couple of months I was still experiencing the same hopelessness I had felt at home, but eventually I would say travelling definitely had a therapeutic effect, especially on my anxiety.

I suppose part of the reason was spending a lot of time in the sun and being more physically active, but I also experienced a much bigger world and learned to be fully independent and cast off a lot of my fears.

Before, I was scared of going outside, I was scared of the dark and of the city at night. But after a while I got used to everything life could throw at me. One of my main fears had been that I would get kicked out by my dad and end up on the street.

In the end I preferred risking that to staying at home.
Some of the people we met were living desperately poor lives. Most people were very hospitable, they would take us to their house and give us dinner and look after us, and that also made me appreciate what I had left behind.

When I came back to the UK I was really eager to get a job, turn my life around and get somewhere to live. Since then, things have gone very well. I’m really motivated. I’m 27, I’ve got a responsible job, and a wife and child.

I have learned a lot about anxiety and depression and I think that has helped me understand myself better. But I never had any professional help.

I think I found it hard to tell anyone about my problems because it was triggered by my situation at home. Ours was a very closed family unit – what happened in our house stayed in our house – so I didn’t feel it was something I could tell outsiders about. We didn’t have grandparents or other family visiting very often. I was very isolated from the outside world.

I rolled the dice and things turned out OK, but they could so easily have ended differently

I rolled the dice and things turned out OK, but they could so easily have ended differently. I’m sure there are others who have made it through and look back at how close they were to the brink.

In hindsight, I was too scared to seek support for all of the things that I was feeling.

If I had been able to open to somebody, they might have been able to arrange help for me.
Dropping out of university felt like the end of the world, but I’ve managed to start again and make a life for myself.

The most important thing is to be able to keep things in perspective and ask for help when you really need it. The pressure on young people to succeed at university is really high. But I think it is much more important to look after yourself than it is to get a degree.

Ben’s name has been changed. Photographs taken on his travels